Kill the Messenger: Gary Webb and the Contra-Cocaine Connection

By
The Outpost
– Posted on October 30, 2014Posted in: Political Geography, Politics and Advocacy

The 2014 movie, “Kill the Messenger,” recounts the brave Contra-cocaine reporting by Gary Webb and his subsequent destruction at the hands of the mainstream media. It forced devastating admissions from the CIA about drug trafficking by the Nicaraguan contra rebels under the protection of the Reagan Administration in the 1980s, writes Robert Parry. We All Failed Gary Webb

Excerpt From An Article By Robert Parry, Published in Consortium News

On Dec. 9, 2004, the 49-year-old Gary Stephen Webb, Pulitzer prize-winning US investigative journalist, typed out suicide notes to his ex-wife and his three children; he laid out a certificate for his cremation; he taped a note on the door telling movers – who were coming the next morning to move him out of his rental house near Sacramento – to instead call 911.

Webb then took out his father’s pistol and shot himself in the head. The first shot was not lethal, so he fired once more.

Though a number of factors contributed to Webb’s suicide, it was his inability to find meaningful work in his profession that pushed him into a deep depression. Eight years earlier, he had been forced out of his job at the San Jose Mercury News as a result of the ugly controversy that followed publication of his story about Contra-cocaine trafficking.

That story prompted a fierce counterattack from major U.S. newspapers, including the New York Times, the Washington Post and the Los Angeles Times which had all downplayed or dismissed the contra-cocaine scandal when it first arose in the mid-1980s. Unwilling to admit their earlier error, the big papers simply trashed Gary Webb.

With Webb and his story under fierce attack, the executives at the San Jose Mercury News found betraying their reporter a better course for their own careers. Webb was reassigned to a humiliating job and resigned in disgrace.

Even when the CIA inspector general issued his 1998 report, which confirmed much of what Webb had alleged and more, the Establishment newspapers refused to significantly revisit the issue. That would have been far too embarrassing for them, and they faced no powerful interests demanding that they correct their earlier flawed reporting.

So, Gary Webb’s career remained in shambles. Except for the few people who bothered to know details of the CIA’s contra-cocaine report, Webb was still the crazy reporter who had gone out on a shaky limb and had suffered the consequences, his career.

The false reality – of an honorable Ronald Reagan waging a heartfelt “war on drugs” and of the major American newspapers serving as watchdogs for democracy – was so much more comforting.

Who cared that the CIA inspector general had found that not only had the contras helped the cocaine cartels get their goods into the United States, but that the CIA and the Reagan administration had covered up the evidence?

Yet, today, when trying to understand how the United States ended up with a national press corps that so eagerly swallowed George W. Bush’s propaganda about Iraq’s WMD, it is worth recalling the story of Gary Webb and the contra-cocaine scandal.

After Webb’s death, Sen. John Kerry wrote the Sacramento News and Review that “Because of Webb’s work the CIA launched an Inspector General investigation that named dozens of troubling connections to drug runners. That wouldn’t have happened if Gary Webb hadn’t been willing to stand up and risk it all.” (LA Weekly, May 30, 2013)

Webb’s death in 2004 had its roots in his fateful decision eight years earlier to write a three-part series for the San Jose Mercury News that challenged a potent conventional wisdom shared by the elite U.S. news organizations – that one of the most shocking scandals of the 1980s just couldn’t possibly be true.

Webb’s “Dark Alliance” series, published in August 1996, revived the decade-old allegations that the Reagan administration in the 1980s had tolerated and protected cocaine smuggling by its client army of Nicaraguan rebels known as the contras.

Though substantial evidence of the contra crimes had surfaced in the mid-1980s (initially in an article that Brian Barger and I wrote for the Associated Press in December 1985 and later at hearings conducted by Sen. John Kerry), the major news outlets had refused to take the disclosures seriously.

Thus, the truth of the contra-cocaine scandal was left in that netherworld of uncertainty, largely proven with documents and testimony but never accepted by Official Washington, including its premier news organizations, such as the New York Times and the Washington Post.

But Webb’s series thrust the scandal back into prominence by connecting the contra-cocaine trafficking to the spread of crack that ravaged Los Angeles and other American urban centers in the 1980s. For that reason, African-American communities were up in arms as were their elected representatives in the Congressional Black Caucus.

Webb’s “Dark Alliance” series offered a unique opportunity for the major news outlets to finally give the contra-cocaine scandal the attention it deserved.

But that would have required some painful self-criticism among Washington journalists whose careers had advanced in part because they had not offended Reagan supporters who had made an art out of punishing out-of-step reporters for pursuing controversies like the contra-cocaine scandal.

Also, by the mid-1990s, a powerful right-wing news media had taken shape and was in no mood to accept the notion that many of President Reagan’s beloved contras were drug traffickers. That recognition would have cast a shadow over the Reagan Legacy, which the Right was busy elevating into mythic status.

There was the turf issue, too. Since Webb’s stories coincided with the emergence of the Internet as an alternate source for news and the San Jose Mercury News was at the center of Silicon Valley, the big newspapers saw a threat to their historic dominance as the nation’s gatekeepers for what information should be taken seriously.

Plus, the major media’s focus in the mid-1990s was on scandals swirling around Bill Clinton, such as some firings at the White House Travel Office and convoluted questions about his old Whitewater real-estate deal.

In other words, there was little appetite to revisit scandals from the Reagan years and there were strong motives to disparage what Webb had written.

Then came the Los Angeles Times with the most deliberate and vicious attack. Editor Shelby Coffey commissioned the equivalent of a journalistic SWAT team. No less than 17 reporters prepared a three-day series that was actually longer than Webb’s original “Dark Alliance” series. Internally, it was known as the “Get Gary Webb Team.” As the team worked, its common chorus was: “We’re going to take away this guy’s Pulitzer.” The hit team was headed by Doyle McManus and Leo Wolinsky. (LA Weekly, 9/29/14) 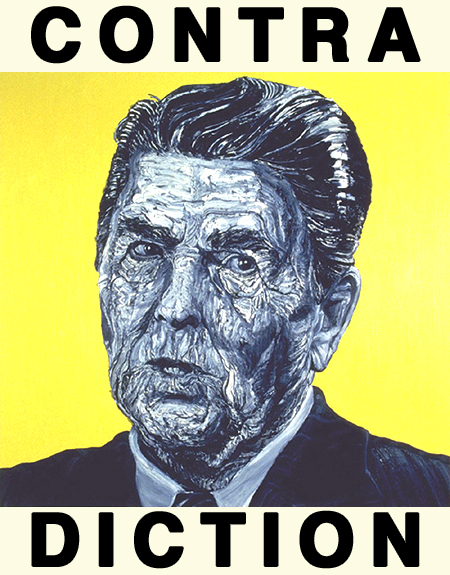 It fell to Rev. Sun Myung Moon’s right-wing Washington Times to begin the counterattack. The Washington Times turned to some ex-CIA officials, who had participated in the contra war, to refute the drug charges.

Then – in a pattern that would repeat itself over the next decade – the Washington Post and other mainstream newspapers quickly lined up behind the right-wing press. On Oct. 4, 1996, the Washington Post published a front-page article knocking down Webb’s story, although acknowledging that some contra operatives did help the cocaine cartels.

The Post’s approach was twofold: first, it presented the contra-cocaine allegations as old news – “even CIA personnel testified to Congress they knew that those covert operations involved drug traffickers,” the Post sniffed – and second, the Post minimized the importance of the one contra smuggling channel that Webb had highlighted – that it had not “played a major role in the emergence of crack.”

Soon, the New York Times and the Los Angeles Times joined in the piling on against Gary Webb. The big newspapers made much of the CIA’s internal reviews in 1987 and 1988 – almost a decade earlier – that supposedly had cleared the spy agency of a role in contra-cocaine smuggling.

But the CIA’s decade-old cover-up began to weaken on Oct. 24, 1996, when CIA Inspector General Frederick Hitz conceded before the Senate Intelligence Committee that the first CIA probe had lasted only 12 days, the second only three days. He promised a more thorough review.

Nevertheless, Webb was becoming the target of media ridicule. Influential Post media critic Howard Kurtz mocked Webb for saying in a book proposal that he would explore the possibility that the contra war was primarily a business to its participants.

Webb’s suspicion was not unfounded, however. Indeed, White House aide Oliver North’s chief contra emissary Rob Owen had made the same point in a March 17, 1986, message about the contra leadership.

“Few of the so-called leaders of the movement … really care about the boys in the field,” Owen wrote. “THIS WAR HAS BECOME A BUSINESS TO MANY OF THEM.” [Capitalization in the original.]

Kurtz and other big-name journalists may have been ignorant of key facts about the contra war, but that didn’t stop them from pillorying Gary Webb. The ridicule also had a predictable effect on the executives of the Mercury News. By early 1997, executive editor Jerry Ceppos was in retreat.

On May 11, 1997, Ceppos published a front-page column saying the series “fell short of my standards.” He criticized the stories because they “strongly implied CIA knowledge” of contra connections to U.S. drug dealers who were manufacturing crack-cocaine. “We did not have proof that top CIA officials knew of the relationship,” Ceppos wrote.

The big newspapers and Reagan’s defenders celebrated Ceppos’s retreat as vindication of their own dismissal of the contra-cocaine stories. Ceppos next pulled the plug on the Mercury News’ continuing contra-cocaine investigation and reassigned Webb to a small office in Cupertino, California, far from his family. Webb resigned the paper in disgrace.

For undercutting Webb and other Mercury News reporters working on the contra investigation, Ceppos was lauded by the American Journalism Review and was given the 1997 national “Ethics in Journalism Award” by the Society of Professional Journalists.

While Ceppos won raves, Webb watched his career collapse and his marriage break up.

Still, Gary Webb had set in motion internal government investigations that would bring to the surface long-hidden facts about how the Reagan administration had conducted the contra war.

The CIA published the first part of Inspector General Hitz’s findings on Jan. 29, 1998. Despite a largely exculpatory press release, Hitz’s Volume One admitted that not only were many of Webb’s allegations true but that he actually understated the seriousness of the contra-drug crimes and the CIA’s knowledge.

Hitz acknowledged that cocaine smugglers played a significant early role in the Nicaraguan contra movement and that the CIA intervened to block an image-threatening 1984 federal investigation into a San Francisco-based drug ring with suspected ties to the contras, the so-called “Frogman Case.”

On May 7, 1998, another disclosure shook the earlier presumptions of the Reagan administration’s innocence. Rep. Maxine Waters, a California Democrat, introduced into the Congressional Record a Feb. 11, 1982, letter of understanding between the CIA and the Justice Department.

The letter, which had been requested by CIA Director William Casey, freed the CIA from legal requirements that it must report drug smuggling by CIA assets, a provision that covered both the Nicaraguan contras and Afghan rebels who were fighting a Soviet-supported regime in Afghanistan and who were implicated in heroin trafficking.