The Art Of Sounds is a 2007 documentary on French electronic music pioneer Pierre Henry (1927 – 2017). Henry, along with his colleague Pierre Schaeffer, created a form they dubbed musique concrète – an approach to electronic music based on using recorded sampling (also known as ‘found-object’) as source material. 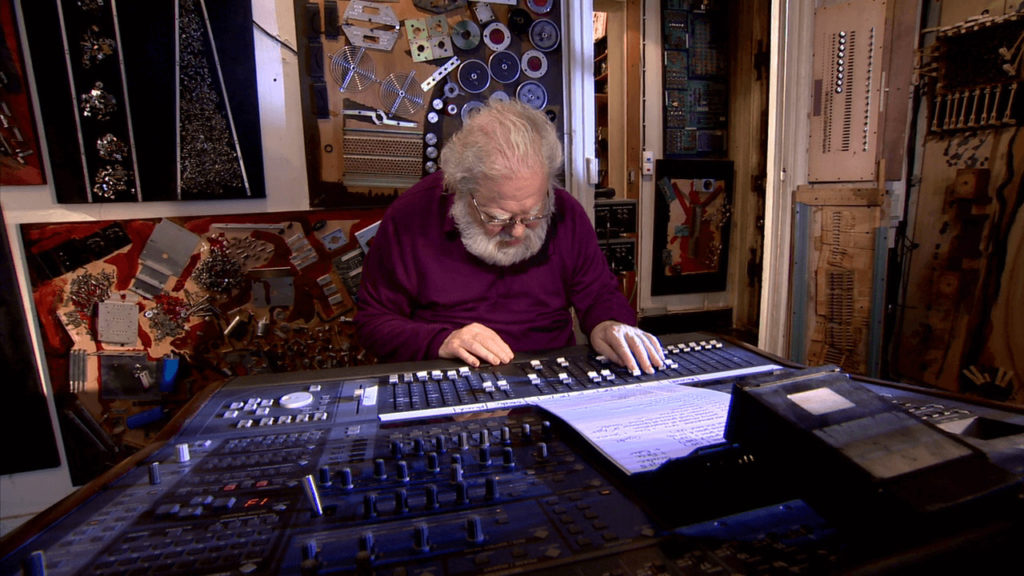 The Art of Sounds – Pierre Henry

Maybe elusive, scandalously inspirational, Pierre Henry, born in 1927 in Paris, nevertheless followed a conventional career path. He attended the Conservatoire Supérieur de Paris, studied with Olivier Messiaen and Nadia Boulanger and trained as an orchestral musician (percussionist and pianist). But since his childhood he always felt the need to assemble and create a most unconventional sound.

In 1949, Henry joined the staff of the RTF electronic studio, founded by Pierre Schaeffer five years earlier; he soon immersed himself completely in electronic music, heading the Groupe de Research de Musique Concrète throughout the greater part of the 1950s.

Henry soon began compiling a “sound herbal,” a catalog of any sound potentially useful from a musical standpoint — everything from animal cries to editing techniques to speed variations, all of which he deemed superior to conventional instrumentation. It inspired 1950’s Symphonie Pour un Homme Seul (Symphony for a Man Alone), a 12-movement work co-written by Henry and Schaeffer, audio portraits for the end of the machine age and the beginning of the electronic age that burst with mechanical noises, orchestral hits, trains, and text-sound babble.

Henry also frequently collaborated with choreographer Maurice Béjart, a pairing that yielded 1955’s Arcane, 1956’s Haut-Voltage, 1962’s Le Voyage, 1963’s La Reine, 1967’s Messe Pour le Temps Présent, and 1971’s Nijinsky, Clown de Dieu — in all, he scored more than 30 films and stage productions during his long career. In this documentary, built chronologically and using rare archive footage, Pierre Henry talks about his different discoveries, ranging from his music to the way it should be performed.

Never short of ideas he has, for example, initiated concerts that take place in the different rooms of a house. The work of Henry & Schaeffer is a precursor to turntablism and modern sampling. Today, Pierre Henry’s audience includes all generations, from his own to young people for whom he is the king of DJs.

“The technique of sampling is at the heart of musique concrète,” noted Henry in a 1997 interview. “We invented an alphabet, and today it has become a language.”

‘The Art of Sounds’ Directed by: