By
The Outpost
– Posted on September 9, 2014Posted in: Urban Art

Punk Rock: the thrashing, slamming, moshing…and the art. First you smash all the institutions, but then find the institutions have enshrined you. Here is a history of Black Flag told through the mesmerizing and beyond-satirical art of Raymond Pettibon.

The Art of Punk — MOCAtv

The first episode of “The Art of Punk” from the Museum of Contemporary Art in Los Angeles dissects the art of the legendary Black Flag. From the iconic four bars symbols, to the many coveted and collected gig flyers, singles, and band T-shirts, all depicting the distinctive Indian ink drawn image and text by artist Raymond Pettibon. It commences in Los Angeles talking to two founding members singer Keith Morris, and bass player Chuck Dukowski, about what the scene was like in 1976 — setting the stage for the band’s formation, as well as the band’s name, and the creation of the iconic four bars symbol. Raymond Pettibon speaks from his New York art studio. Back in LA they meet with Flea, from the Red Hot Chili Peppers, about how the art, the music, and that early LA scene impacted his own life and career. To wrap it all up they speak at length with Henry Rollins, at MOCA Grand Ave, about all of the above and more. Created, directed, and Executive Produced by writer/author of Fucked Up + Photocopied, Bryan Ray Turcotte (Kill Your Idols), and Bo Bushnell (The Western Empire), The Art Of Punk traces the roots of the punk movement and the artists behind the iconic logos of punk bands such as: Black Flag (Raymond Pettibon), The Dead Kennedys (Winston Smith), and Crass (Dave King). The filmmakers Bryan Ray Turcotte and Bo Bushnell take a unique approach to exploring the rich histories of these three seminal punk legends by focusing on the influential imagery and seeking out stories that have not been told yet through the artwork, which is integral to the importance and influence of each band.

The Art Of Punk on MOCAtv is available at: www.youtube.com/MOCAtv 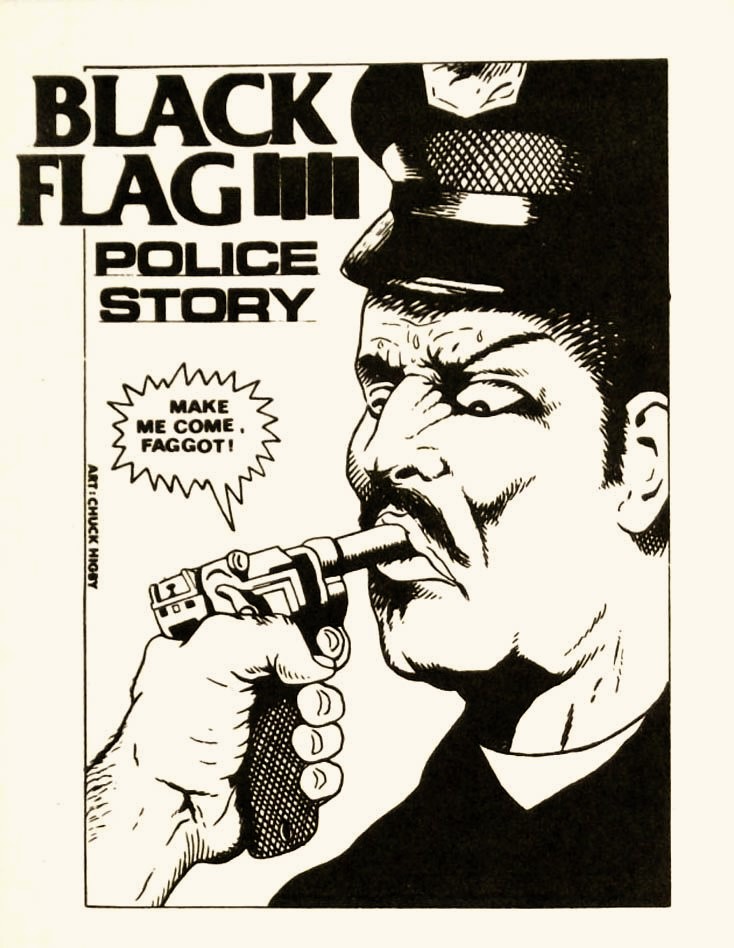